A Miscarriage of Justice: Women’s Reproductive Lives and the Law in Early Twentieth-Century Brazil 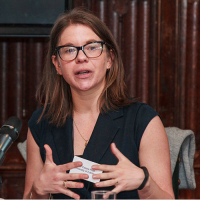 On November 13th at 12PM, Dr. Cassia Roth, Assistant Professor of History and Latin American & Caribbean Studies at the University of Georgia presents her work, "A Miscarriage of Justice: Women’s Reproductive Lives and the Law in Early Twentieth-Century Brazil".

This book examines women’s reproductive health in relation to legal and medical policy in Brazil’s then-capital city of Rio de Janeiro. After Brazil’s abolition of slavery in 1888 and the onset of republicanism in 1889, women’s reproductive capabilities—their ability to conceive and raise future citizens and laborers—became critical to the expansion of the new Brazilian state. Analyzing court cases, law, medical writings, and health data, Cassia Roth argues that the state’s approach to women’s health in the early twentieth century focused on criminalizing fertility control without improving services or outcomes for women. Ultimately, the increasingly interventionist state fostered a culture of condemnation around poor women’s reproduction that extended beyond elite discourses into the popular imagination. By tracing how legal thought and medical knowledge became cemented into law and clinical practice, how obstetricians, public health officials, and legal practitioners approached fertility control, and how women experienced and negotiated their reproductive lives, A Miscarriage of Justice provides a new way of interpreting the intertwined histories of gender, race, reproduction, and the state—and shows how these questions continue to reverberate in debates over reproductive rights and women’s health in Brazil today.

Cassia Roth is Assistant Professor of History and Latin American & Caribbean Studies at the University of Georgia. Prior to that, she was a Marie Sklodowska-Curie Postdoctoral Research Fellow at the University of Edinburgh in Scotland and a Fulbright Postdoctoral Scholar at the Fundação Oswaldo Cruz in Rio de Janeiro, Brazil. Her book manuscript, A Miscarriage of Justice: Women’s Reproductive Lives and the Law in Early Twentieth-Century Brazil, forthcoming with Stanford University Press, examines reproductive health in relation to legal and medical policy in Brazil. Her work has appeared in the Journal of Women’s History, Slavery & Abolition, and História, Ciência, Saúde – Manguinhos, and her recent article “From Free Womb to Criminalized Woman: Fertility Control in Brazilian Slavery and Freedom,” won the 2018 Berkshire Conference of Women Historians Best Article Prize. She has taught Latin American and gender history at the University of Georgia, UCLA, Occidental College in Los Angeles, and the University of Edinburgh. She is also a contributing writer and editor with the medical and gender history blog Nursing Clio. Her research has been supported by the Fulbright, the National Science Foundation (NSF), the Woodrow Wilson Foundation, the American Historical Association, the Coordinating Council for Women in History, UCLA, and the European Union.

We hope you can join us!

We appreciate your financial support. Your gift is important to us and helps support critical opportunities for students and faculty alike, including lectures, travel support, and any number of educational events that augment the classroom experience. Click here to learn more about giving.

Every dollar given has a direct impact upon our students and faculty.